More Than A Homeless Shelter 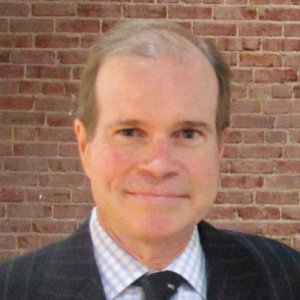 David Poarch is a native Oklahoman, growing up in the Oklahoma City and Edmond area.  He attended Deer Creek High School when it was still a small school with 69 students in his graduating class.  He earned his BBA in Economics from the University of Oklahoma and his MBA from Oklahoma City University while starting his career at First National Bank and Trust Company in Oklahoma City as a bond trader.  He moved to Tulsa in 1986 to head the bond trading desk for First Tulsa prior to its merger with Liberty Bancorp, headquartered in Oklahoma City. He managed the taxable bond trading operations for both entities until he joined a business partner to launch their own investment firm, Pinnacle Investment Advisors in 1996.

David and his wonderful wife, Carol, have been married thirty years.  They are blessed with three extraordinary children:  Peter is an engineer for Williams, living in Houston. Haley is an engineer for AstraZeneca, recently returning from living in Stockholm.  Kendra is in the Physicians Associate program at the OU Medical Center in Oklahoma City.

David joined the board of the Tulsa Day Center in 1995 after his neighbor, Sandra Lewis, asked if Carol would be interested in joining the board.  She was busy with two young kids and her career and other volunteer activities, so he accepted Sandra’s invitation.  She probably did not expect him to stick around this long. After serving various roles on the board over the years, David chaired the effort to build Hudson Villas, the permanent supportive housing program run by the Tulsa Day Center.  David would like to thank Sandra for introducing him to an organization that serves the members of our community who need its services most.  He has met many inspiring Tulsans during his experience with the Tulsa Day Center and his life is better for it.

The Tulsa Day Center for the Homeless